Barn conversions in Castlemartin, near Pembroke 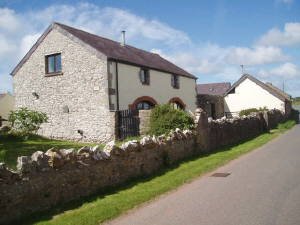 Two converted stone barns, with five bedrooms, located within the Pembrokeshire Coast National Park in Castlemartin, a small village near Pembroke, with sea and country views.

Pen-y-Holt Farm, situated in the village of Castlemartin, eight miles from Pembroke, comprises two stone barns, The Granary and the Byre.

Recently used as a five bedroom family house, the property could equally be used as a comfortable main residence (The Granary) with a separate annexe (The Byre) being ideal for teenage children or elderly relatives or as a holiday let. Alternatively, both barns would make ideal holiday letting units.

The barns at Pen-y-Holt were part of the working buildings for West Farm, Castlemartin, which was sold off in the 1960s. The Granary was just that – carts and equipment downstairs (the original door openings forming the new windows) with grain stored upstairs.

The Byre was a cowshed and the extra wide doors (which remain) were necessary to allow for the long horns of the Castlemartin Black cattle and the Welsh Black cattle, which are still reared locally.

The Granary is a two storey former stone barn and was sympathetically converted into a family home in 1996 with slate floors, exposed woodwork and reclaimed wooden floors on the first floor. It comprises an open plan ground floor with sitting, dining and kitchen areas and with two bedrooms and a bathroom on the first floor.

The Byre was converted in 1991 and is a single storey stone building comprising three bedrooms, bathroom, utility room and a large lounge/dining room with kitchenette off.

Both barns have double glazing and under floor central heating (oil) and the living rooms have solid fuel stoves. There is mains electricity, water and drainage laid on to both barns.

Outside, the property extends to some ¾ acre, laid mainly to grass with sea and country views. There is a recently refurbished stone garage, a stone workshop / storage shed and a recently built outside shower / toilet unit.

Planning permission did exist for a two storey extension to the Granary and services were laid on for this.

The local coastal scenery is superb and the beaches at Freshwater West (a favourite for surfers), West Angle Bay (for swimming) and East Angle Bay (where boat moorings are available) are only a few minutes away. The long distance Pembrokeshire Coastal Path passes Pen-y-Holt's front door. 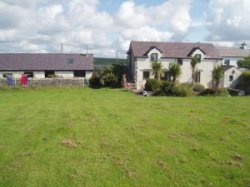 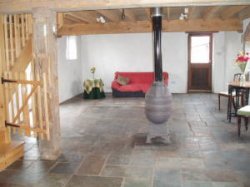 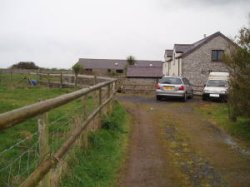 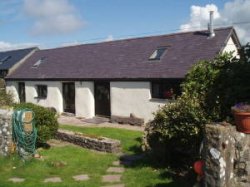