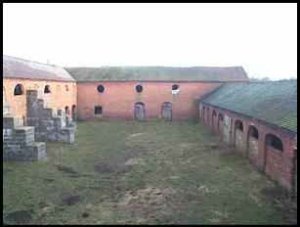 Range of traditional brick built farm buildings for sale on the outskirts Betley, near Crewe in Cheshire

Farm outbuildings with internal courtyard suitable for conversion to alternative uses subject to planning consent, set in 1.5 acres near Crewe in Cheshire

An extensive range of brick built farm buildings which are constructed of brick under a tiled roof and mainly comprise former cow shipons, loose boxes and barns. The majority of the buildings are double storey.

There is an internal court yard area which adds considerable character to the range of buildings. There are also two further yard areas enclosed by brick walls one to the front, and one to the rear of the buildings.

A short distance from the main range there is also a small range of brick built former pig sties.

The whole of the land to be sold with the full extent of buildings extends to 1.50 acres or thereabouts.

They are situated just off the main A531 on the outskirts of Betley, Crewe. 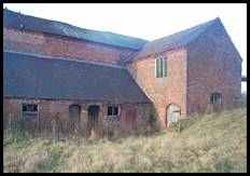 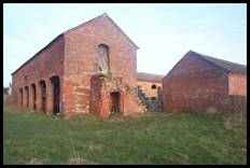