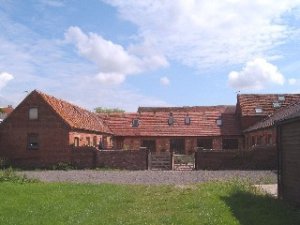 Converted barn on equestrian farm (with use of facilities by arrangement if required) set in the Warwickshire countryside with easy access to Warwick, Royal Leamington Spa, Birmingham and motorways as well as London by train

This is an opportunity to purchase a barn conversion in the centre of an equestrian based Warwickshire farm that offers the pleasures of being in the countryside, but with the added safety of like-minded neighbours and the benefit of equestrian facilities offered on-site if required.

It would make an ideal home either as a permanent residence for country lovers or a countryside weekend retreat for someone who wishes to get away from it all in their free time.

It is now for sale with the offer, by separate arrangement, of use of the onsite stabling and grazing and further equestrian facilities shortly to be installed such as a training x-country course, a hydrotherapy spa and horse walker.

The property was originally part of the early Victorian agricultural buildings on the farm and was converted approximately five years ago. It has been let to an equestrian enthusiast since.

Some original features have been retained such as original beams and doors and the downstairs area has a light airy feel with large open plan sitting room and dining area with French windows to the outside.

There is a large patio area and parking.

The property has oil central heating.

Although the property is set right in the Warwickshire countryside about eight miles north of Warwick town, there is ready access to motorways M40, M42, M6, M5 with travel times approximately 40 minutes to Birmingham and 1hr 30mins to London.

The Royal Show Ground at Stoneleigh, the National Exhibition Centre, Birmingham International Airport and Station are just 15-20 minutes away and there is easy access to London from the new Warwick Parkway station ten minutes away.

There are local footpaths and bridleways and competition centres for eventing, dressage and showjumping within easy reach.

There are excellent schools within the Warwick catchment area and good shopping centres in Royal Leamington Spa and Solihull. 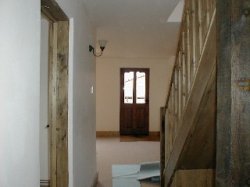 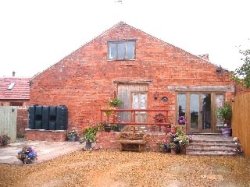